The world champion of J/70 named Jud Smith from Gloucester, Mass and International 420 of Girl Sailing Champions (World) Emma Cowles from New York and Carmen were selected as the Rolex Yachtswomen and Yachtsman of the year for their performances of sailing in the year 2018. 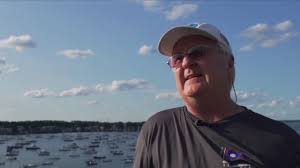 The selection was the follow up of the announcement in the month of the January of the 3 women and 3 men who were officially shortlisted for these honorable awards and is also recognized as the top performers of the sailing of the year by the Sailing of US.

The slate of all the finalists, which was nominated by the members of sailing of US and which was very well determined by the Sailing of US, was presented to one panel comprising of 28 professionals from sailing media who were very well accomplished and some past winners of these awards, who also analyzed the merits of all of the finalists and personally voted in order to determine the final winners using a weighted system of point (the 1st spot vote was 5points, 2nd place spot got 3 points; 3rd spot vote for 1 point).

Cowles and Smith sisters will be felicitated on the 28th February at the Ceremony of Awards, which will be hosted by Yacht Club of St. Francis in the venue of San Francisco, where they will be welcomed by friends and family, crew, past winners and teammates, finalists of the 2018, dignitaries of sailing and also the representatives from Rolex and US Sailing.